Sponsors George A. O'Hare and Catherine Copeland were William Christopher O'Hare's father and Lottie Slater O'Hare's older sister, Mary Katherine "Kate" Slater Copeland, both apparently unable to attend.  Proxy Jules Dubos was a local grocer; both Dubos' wife and proxy Fannie Ames sang in the Holy Trinity choir directed by O'Hare.
Early Years
William Crockett took quite frequent trips for a child of his time, making extended stays with his mother or both parents in such places as Marshall and Galveston (TX), Canada, New York, and Washington, D.C.  Only one Shreveport newspaper item has been found describing a childhood event--his sixth birthday party:

Just a week ago, yesterday, William O'Hare, Jr., was the happiest child in Shreveport, surrounded as he was by lovely children, who had come to his birthday party. . . . They all enjoyed sweet music and refreshments, which Prof. W.C. O'Hare and wife had generously prepared for them, and in all the games they were the very pictures of innocence and happiness.

In 1910, William Crockett began working for Vitagraph in New York, doing miscellaneous jobs around the studios, eventually learning everything he could about all aspects of the film industry.  A 1921 Des Moines Register article, claimed he "had learned every detail of the business in every branch": developing and printing film, producing special films, distributing, and advertising.  In 1912, he was on the road as a film lecturer, explaining and promoting The Crusaders, a film based on Tasso's epic poem.  According to the Houston Post, "The pictures are of the armored knights of old on their mission of delivering the Holy City from the Saracen, a story often told and familiar to many, who have hitherto had to draw upon their imaginations for pictures of the great belted fellows upon their canopied steeds."
Although the younger W.C. O'Hare appears in the 1915 New York State Census living with his mother, brother, and sister-in-law, he had relocated to Des Moines sometime during the year.  In February 1916, he became engaged to Elizabeth Elvira "Vie" O'Hare, one of several children of a Welsh immigrant mine supervisor and wife, also from a Welsh mining family.  Both O'Hare and his fiancée worked for Laemmle Film Services, he as a salesman and she as secretary. They married later in the year.

According to William Crockett O'Hare's World War I draft registration, he was also at least partially supporting his mother Lottie.
In August 1919, the Des Moines Register announced the younger W. C. O'Hare's departure from the Majestic and move back to New York: 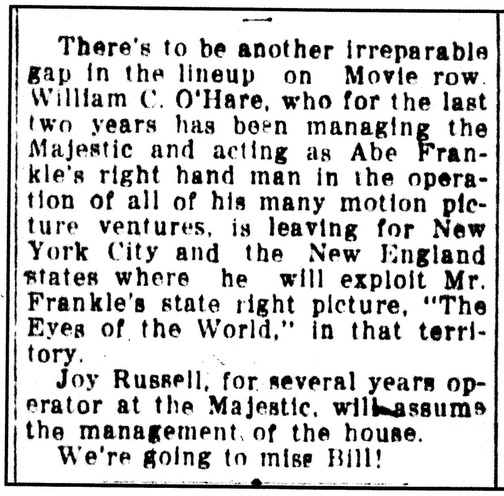 If the couple moved to New York, they quickly returned.  By the January 1920 census, they were back in Des Moines, living with Vie O'Hare's father and unmarried siblings.  William Crockett was again working as a theater manager.

In August 1921 when their son (my father) was born, William Crockett O'Hare managed a theater in Sioux City, Iowa. He remained in Sioux City until taking over Davenport, Iowa's Garden Theater in mid-1924.
As part of a 1925 speech to the Tri-City Women's Press Club [Davenport, IA, and Rock Island & Moline, IL], Garden Theater manager O'Hare discussed what contributed to or destroyed a film's chances of success: 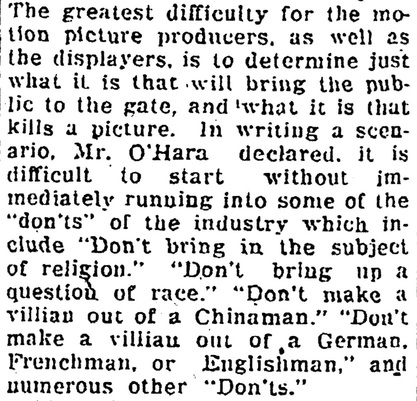 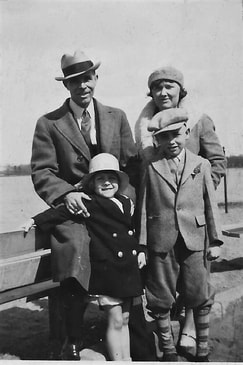 Approximately 1933, Vie Reese O'Hare packed up the couple's son and daughter and left William Crockett O'Hare, moving back to Des Moines where her family lived.  According to family reports, the O'Hares were living in Duluth, Minnesota, at the time, possibly between the Minneapolis and Sioux Falls jobs.   Based on the little my father and aunt told me, my grandmother could no longer tolerate the frequent moves from city to city, state to state, and the late night parties that came with theater life.

William Crockett's Death and a Mystery Surrounding His Remains

O'Hare--William, 56, former manager of the Texas Theater, San Antonio, January 13 in that city.  He was also a magazine publisher.  --Billboard 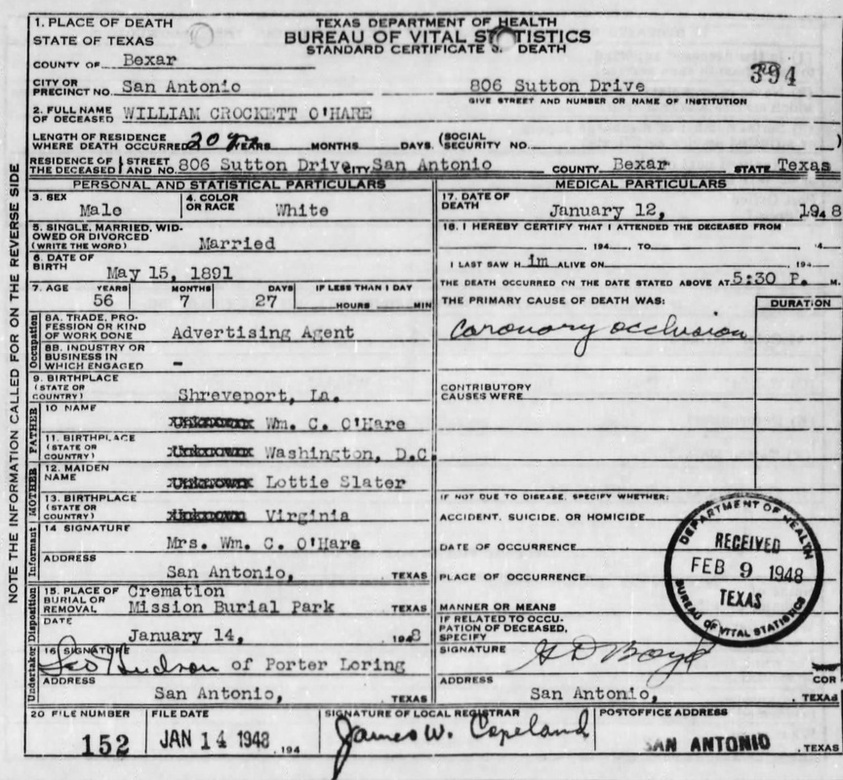 Death Certificate, San Antonio, Texas; date of death, Jan. 12, 1948. Errors such as incorrect mother's birthplace and length of time (at least, of continuous time) in San Antonio can be attributed to easy mistakes on the part of his second wife, whom he had married sometime after his WWII draft registration completed at age 50.

What happened to William Crockett's ashes remains a mystery.  A 1958 San Antonio newspaper revealed his second wife Loraine's intriguing arrangements. Written slightly over a month after William Crockett's death and made public following her own, Loraine O'Hare's will spelled out her plan for the final disposition of her ashes along with those of her husbands: 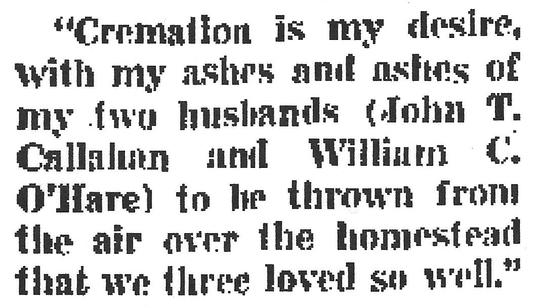