O'Hare's collections of saxophone quartets (Witmark 1913-1914) and saxophone solos (Hinds, Hayden & Eldredge 1915) further demonstrate his versatility. Although I haven't seen copies of the Witmark quartets, the Hinds, Hayden & Eldredge collection offers a wide assortment of saxophone solos with piano accompaniments, arranged in separate volumes for Bb and Eb saxes. For example, O'Hare includes selections ranging from "Sally in Our Alley," "Comin' Through the Rye," "Believe Me, If All Those Endearing Young Charms," and "Drink to Me Only with Thine Eyes" to Wagner's"The Bridal Chorus" from Lohengrin, Gounod's "Flower Song" from Faust, and Schumann's "Traumerei" from Kinderszenen (Scenes from Childhood).

As far back as 1889, O'Hare had orchestrated a selection of tunes from Said Pasha in advance of the romantic opera's arrival in Shreveport. Although no opera selections have been found among O'Hare's work during his early New York years, he  turned his hand to opera again during the 1910s for Witmark and Oliver Ditson.  Ditson selections formed a portion of the Concert Edition for Orchestra, targeted at school and other non-professional orchestras.

With a title suggesting use by young school musicians, O'Hare completed another saxophone collection in 1924, this one in collaboration with John Wiegand.  Wiegand had completed similar violin and piano work for J. Fischer & Bro., such as Modern Recital Pieces (1915), marketed as a book of "unusual value to teachers."  With Weigand probably completing the violin and piano portion again, O'Hare arranged the saxophone parts. 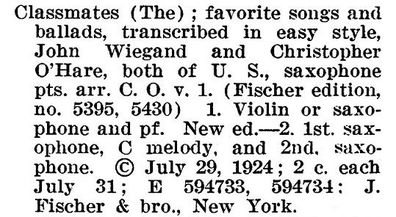 On February 6, 1934, a few months before O'Hare's sixty-seventh birthday, the Library of Congress registered Oliver Ditson's copyrights on his orchestrations of Franz Schubert's The Lord is My Shepherd (Psalm 23), George Henschel's Morning Hymn, and Giovanni Pergolesi's Glory to God in the Highest.

YouTube recordings linked to below provide an idea of the original music that O'Hare arranged for orchestra. 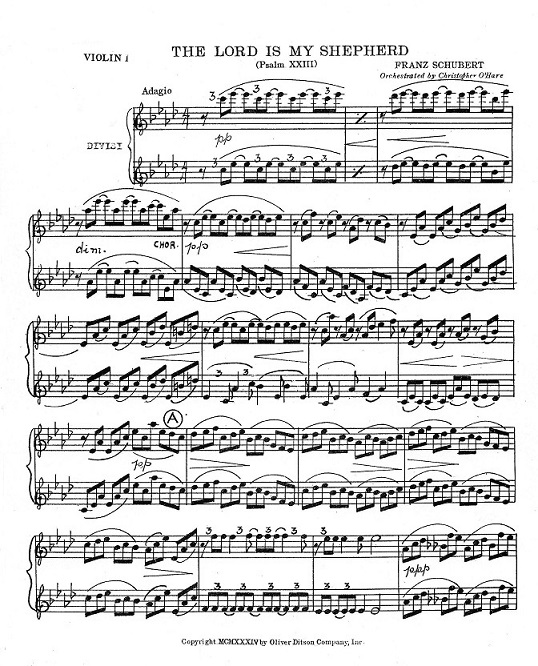