Seeking to increase revenue during the Great Depression, New York City Alderman E. J. Sullivan proposed the establishment of a five- person board charged with examining and licensing music teachers.  Teachers were to be charged $12.50 to take the exam and $25 for a license to teach.

Because many potential music students or parents of students could no longer afford to pay for lessons, teachers had lost much of their income and, consequently, protested what amounted to a tax on their profession.  Composer and conductor Walter Damrosch, who devoted much of his live to music education, objected, explaining that "almost the entire musical profession of New York is at present on the brink of ruin."
Seemingly not wanting to think badly of Alderman Sullivan, a fellow Irish American, but probably needing his teaching income, 66-year-old O'Hare voiced his opinion in a letter to the editor: 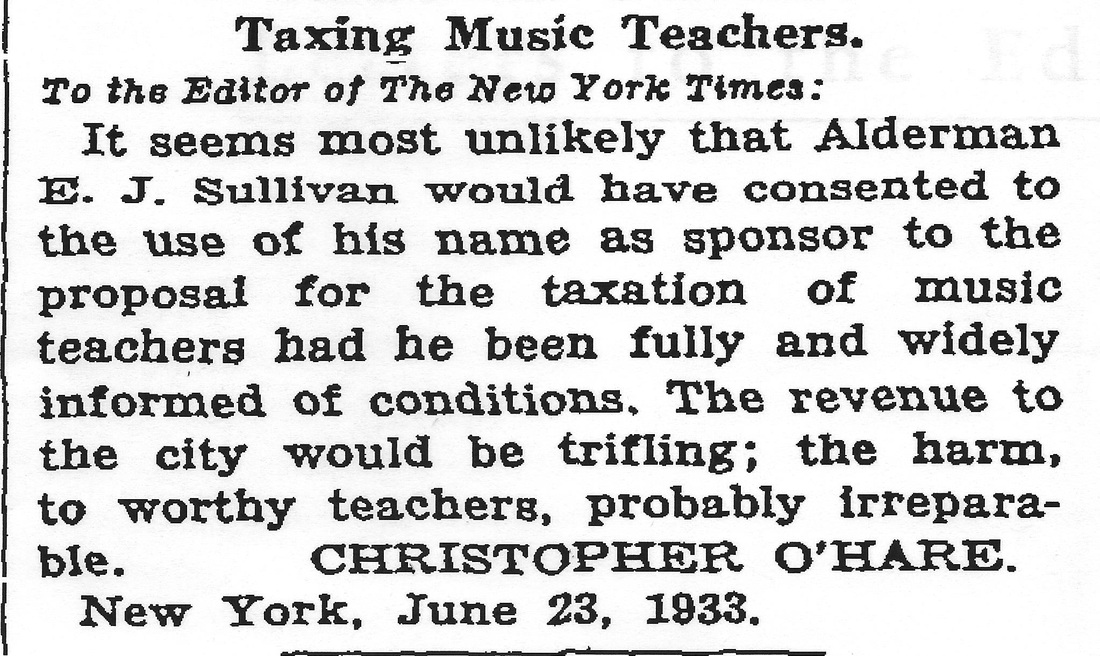 A combined fee of $37.50 for the exam and teaching license sounds insignificant today. However, two historic currency calculators, the Inflation Calculator and the Dollar Times, agree that $37.50 in 1933 would have been equivalent to between $670 and $680 in early 2017. It is no surprise that a man who had earned part of his living from teaching music since the age of 17 could see fit to protest the proposed tax.
Background image, top of page:  New York City bank depositors in front of a closed bank, 1932