A son of shipbuilder Richard O'Hare and Elizabeth Longdon, Christopher Stanislaus O'Hare married Ann E. Shreve, daughter of Samuel Shreve, on November 15, 1841.  In 1846, he purchased a corner lot at 7th and M streets, improved the property, and opened a wholesale and retail grocery business, which he ran until retiring and turning over the business to George Albert, his oldest son.
Following the Civil War, Christopher O'Hare purchased a farm in the northern portion of the District of Columbia near the Old Soldiers Home and named it Linden Grove.  One newspaper source reported his flattening earthworks from a Civil War fort, purportedly Fort Totten, to better farm the land.
His daughter Ann Elizabeth's obituary mentions that he was "elected to the first city council of Washington under the old city charter from Congress, which was later revoked."  Lists of Common Council members from 1857 and 1858 confirm his membership.
According to the Washington Star and Washington city directories during the 1880s, Christopher S. O'Hare retired to Linden Grove, located on Rock Creek Church Road, his occupation changing from grocer to farmer.   Oldest son George Albert took over the business.

Nearly forty years after Christopher O'Hare's 1890 death, his reputation lived on. A 1929 item in the Washington Star described him as "one of Washington's early merchants, who left behind him a reputation for honesty and fair dealing and a name to be prized by his descendants."

The composer who would become known as an authority on African American music descended from a family of small-scale slave owners.  Compiled more than a decade before Christopher S. O'Hare left his grocery business for Linden Grove, the 1850 Slave Schedule reveals that he owned one slave, a 16-year-old mulatto girl, probably a house servant. 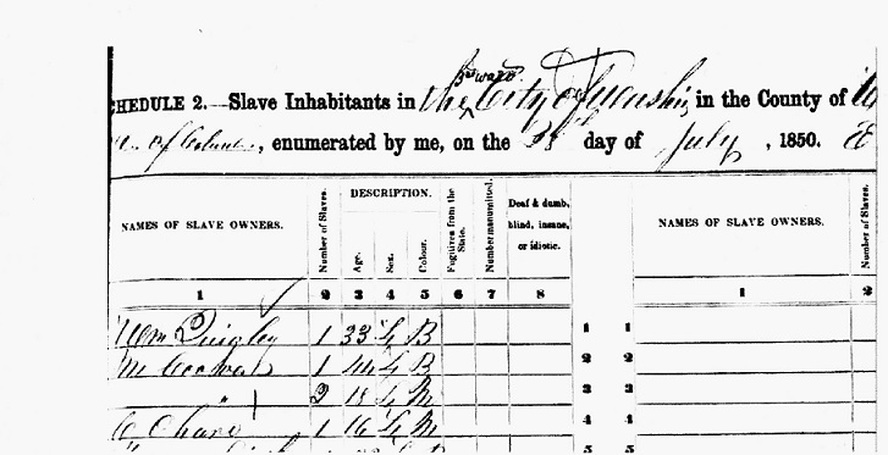 In late 1861, Christopher O'Hare purchased a young mulatto woman and her three small children from the estate of his deceased father-in-law, Samuel Shreve.  On July 7, 1862, under Washington's Compensated Emancipation Act, which preceded the Emancipation Proclamation, Christopher O'Hare filed his petition for compensation, a document by which Louisa Brook and her children--Washington (8), Caroline (4), and George (20 months)--were freed.  What had become of the 16-year-old mulatto girl appearing in the 1850 Slave Schedule isn't known.

The kindly detail in which Christopher O'Hare described Louisa and her children is striking compared with other such records that typically provide little information beyond height, skin shade, and brief statement that the emancipated slave was in good health or had some illness such as rheumatism or minor deformity such as a crooked finger.  In roughly fifty petitions I've read, no other petitioner spoke of slave children with words resembling O'Hare's "smart and active" or "intelligent and lively." As of this writing, efforts to trace the emancipated Louisa and her children have failed. 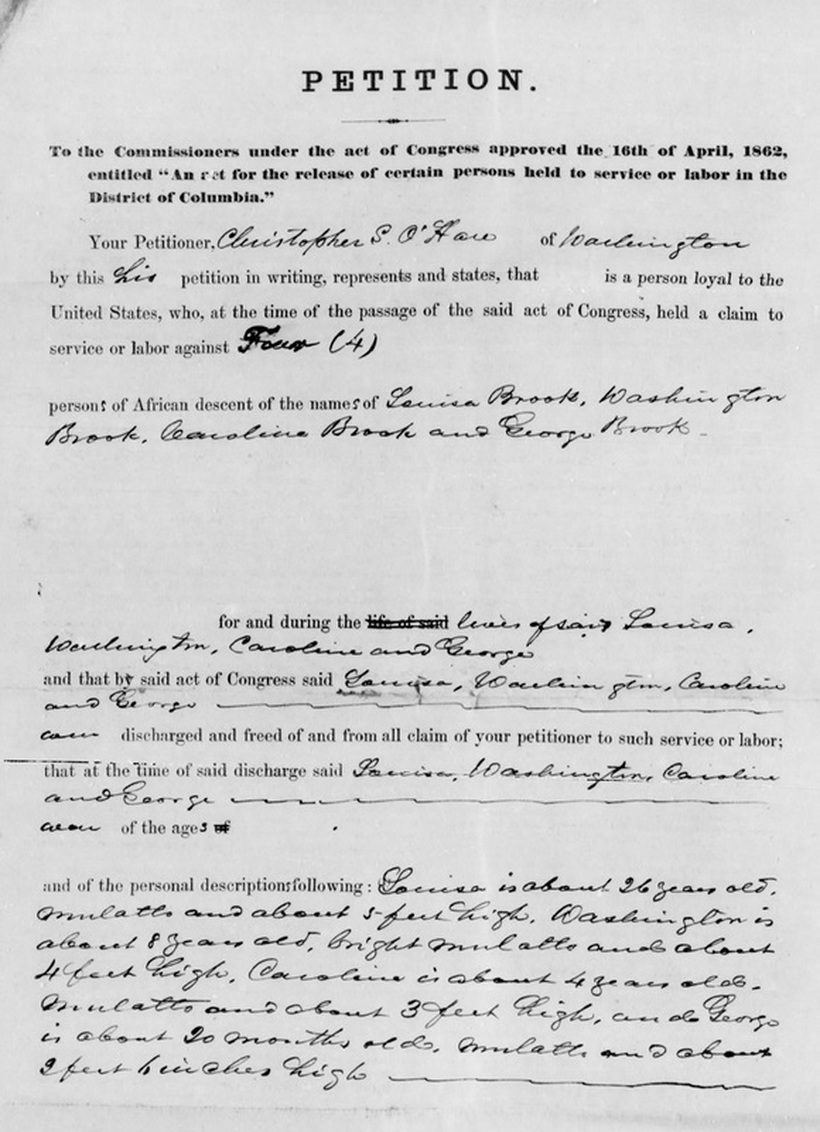 Although Louisa, Washington, Caroline, and George were freed nearly five years before William Christopher O'Hare's birth, the 1870 census lists two black domestic servants living at Linden Grove, the 1880 census one.  As a boy, William Christopher O'Hare almost certainly encountered black help in the home or on the property. Possibly he was exposed to black music from an early age.  Christopher S. O'Hare's kindly remarks about Louisa's children hint that his grandson was probably taught acceptance and respect.

The likelihood of this increases when one considers that William Christopher O'Hare's son William Crockett O'Hare taught his own son, who spent his early years in the South, to treat everyone with respect and never use derogatory racial terms although his Southern peers did. As he grew older, this grandson of William Christopher O'Hare--my father--compiled a list of lessons he had learned from his father, whom he never saw after age 12 when his parents separated. That lesson topped the list.
Background image, top of page:  Washington, D. C.in the 1860s