Slater's 1917 draft registration reveals that he was working as a bookkeeper for Laemmle Film Service in Des Moines, also his older brother's employer.
By 1920, Slater O'Hare had recovered from his WWI injury and returned to Iowa where he married Esther Marie Wilson, born in Marion County, Iowa. Ex-wife Pauline O'Hare was living in Hoboken, NJ, and working as a dressmaker.

In the early 1920s, Slater managed theaters in Knoxville, Clarinda, and Fairfield, Iowa. In the mid-1920s, he joined Paramount Pictures as a salesman and was transferred to San Antonio where he remained  through most of the '30s when Paramount transferred him back to Des Moines.
His business ventures must have paid off because Slater donated $1,000 to the construction of Humboldt's hospital--a sizable donation in the 1940s.

The younger son of William Christopher O'Hare died in Arcadia, Los Angeles County, California on February 13, 1949, age 55, after having moved to California to be nearer his son William Slater O'Hare, an aeronautical engineer also known as Slater.  The older Slater is buried in Hillside Memorial Park Cemetery, Redlands, California. 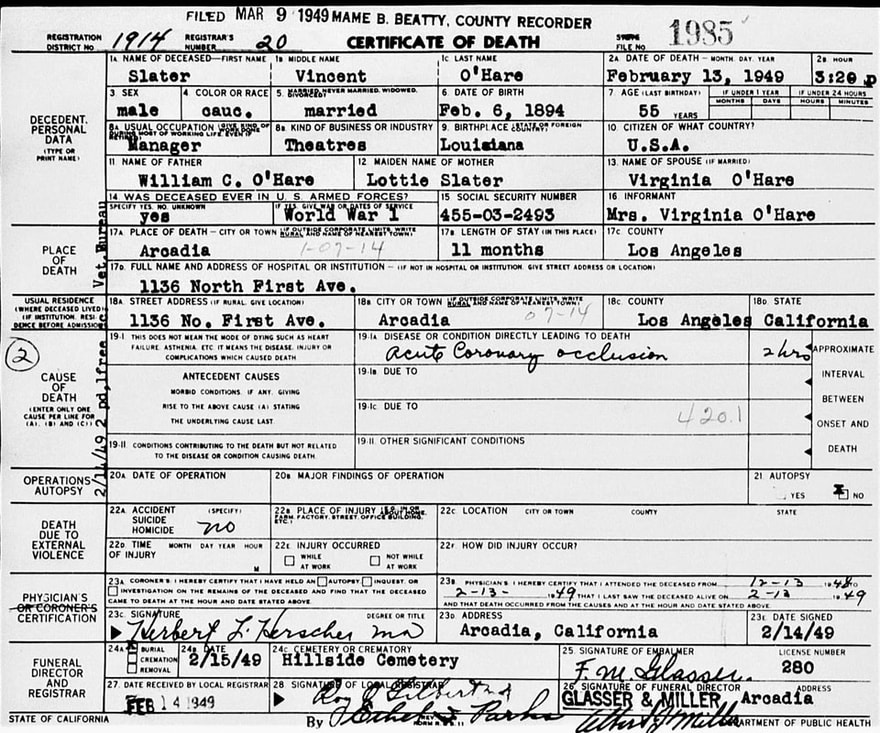 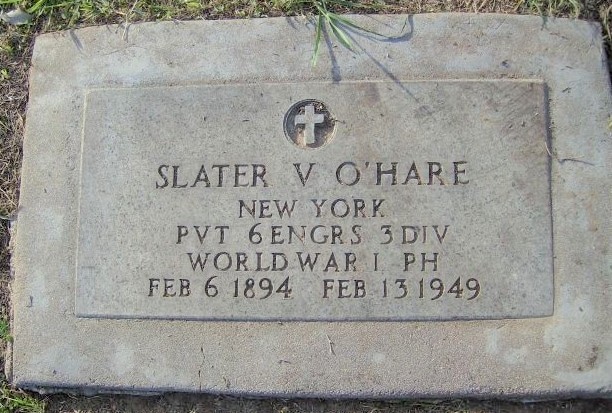